Note: This is a simplified and shortened English translation of my film review, which was written in Vietnamese and published in Sinh viên Việt Nam (Vietnamese Students) a few years ago.

Lost in translation follows Bob Harris (Bill Murray), an American middle-aged movie star who comes to Tokyo to shoot a commercial for whiskey. His career is on the downward slope and his marriage seems to have cooled down for years. Finding himself lost in an alien city, Harris is soon drawn to a young married woman who appears to be as adrift and lonely as he is. Charlotte is a philosophy graduate of Yale, the wife of a photographer who is so consumed with his work that he spends more time with starlets than with her. Feeling neglected all the time and disillusioned with her marriage, Charlotte spends most of her time wandering the streets of Tokyo, seeking the purpose of her life. Like Harris, she cannot sleep at night and thus, the two lost souls keep bumping into each other in the hotel bar. They strike up a relationship that soon turns into a platonic love with no possibility to develop further.

On the surface, Lost in translation is a movie about culture shock in which people experience alienation and disorientation. Both Harris and Charlotte find themselves lonely and lost in an alien culture beyond their comprehension. It is only when the two of them get together that they find comfort and feel happy.

However, it is doubtful that the two main characters feel lost only because of the strangeness of Japanese culture or because of their inability to speak Japanese. Before setting foot in Japan, Bob and Charlotte must have been “lost” already, as them do not know what to do with their lives and have trouble with their marriage. They are two lost souls in a big city, two lonely persons who couldn’t find happiness in the lives they have chosen. Both of them feel disillusioned. Both are not contented with their lives. That is why they understand each other so easily, get along so well and feel affection as well as attraction towards each other.

What makes Lost in translation special is its subtlety. The film keeps the audience spellbound by the quiet, trivial details of life it presents. Every scene is dealt with meticulous direction. The cinematography is beautiful. At times, the images of Tokyo can be seen in the distance, indicating the sense of alienation and disconnection that the characters experience. Both Bob and Charlotte, at one time or another, gaze through the huge windows at the big city below. Both of them feel lost in the bustling metropolis, asking themselves what they are doing, wondering what to do with their lives.

The acting is particularly good. Bill Murray, in the prime of his career, delivers a strong, understated and charming performance. He brings his character to life, he makes us laugh and sympathize with him. And he has a perfect match. Scarlett Johansson, only 18 then, rises to stardom after the film thanks to her good acting skills and pure beauty.

Lost in translation is not another love story. It is about friendship, connection and mutual understanding between man and woman. The ending is left open for one’s own prediction but satisfyingly so. In the crowded street, Bob finds Charlotte wandering around, approaches her and whispers something into her ear – something the audience could not hear – before they part ways. The audience will leave the cinema wondering about the fates of Bob and Charlotte as well as their fleeting romance, feeling overwhelmed with mixed emotions.

Lost in translation is “a movie to remember”, the sort of film that affects both the head and the heart. 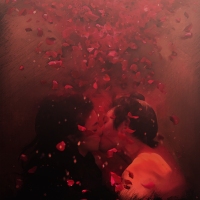 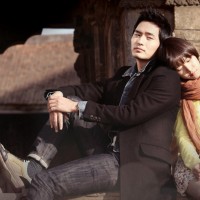